Daisy Contreras is a bilingual journalist and currently an editor at Latino USA.

Previously, she was an editor and reporter at The World, where she led coverage of Latino first-time voters during the 2020 presidential election. While at The World, she reported on politics, labor, and immigration. She focused on the stories of migrant seasonal workers, farmworkers, and other immigrant workers in the U.S. during the pandemic.

Daisy earned a Masters in Public Affairs Reporting from the University of Illinois in Springfield. That’s where she got her start in radio covering the Illinois Statehouse and communities of color across the state for Illinois Public Radio. Before her radio career, Daisy contributed to research and fact-checking for The Chicago Reporter magazine’s “Settling for Misconduct,” a database of Chicago civil police misconduct claims.

Daisy was born in Mexico City—her parents are from Michoacán and Veracruz. She grew up in Chicago where she’s currently living with her cat Paquita. 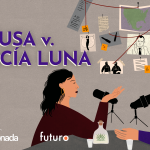 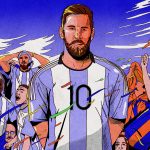