Prior to Futuro Media, Dilday was the Executive Director of Maysles Documentary Center in Harlem where she oversaw community cinema and education programs and produced the award-winning documentary, In Transit. She also held strategic planning and financial management roles at The New York Times, National Geographic Television and CBS. Dilday received a M.S. in Broadcast Journalism from Columbia University Graduate School of Journalism and a M.B.A. from the Columbia University Graduate School of Business. She also holds an undergraduate degree in Fine Arts from Harvard University. She is a member of the National Association of Black Journalists (NABJ) and is a long-time Harlem resident. She is currently a fellow in the National Arts Strategies Chief Executive Program and a recipient of the 2017 Distinguished Alumni Award from Columbia Journalism School. 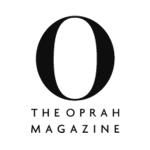