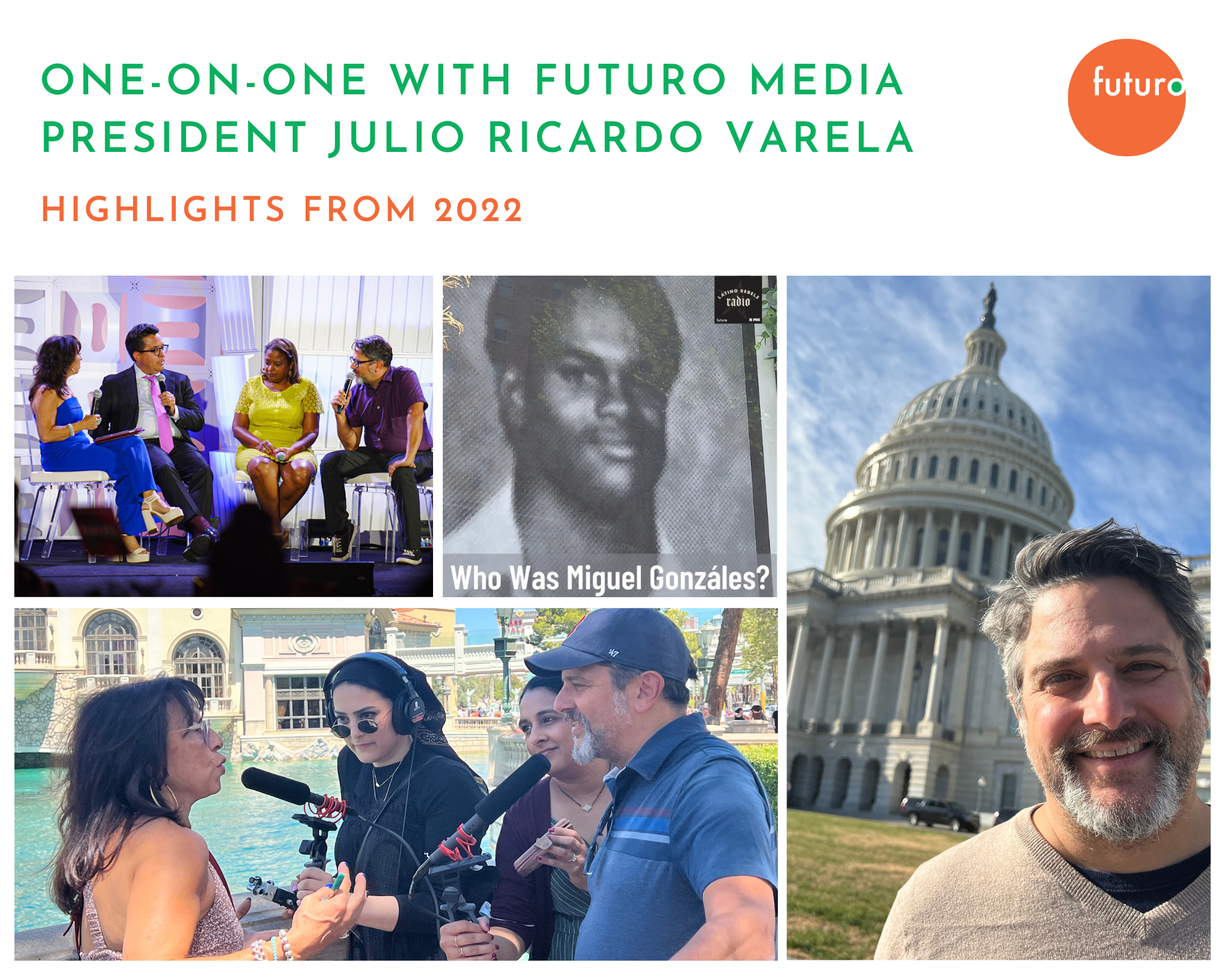 As we begin to wrap up 2022, we sat down with Futuro Media President Julio Ricardo Varela to discuss the year of reporting across Latino Rebels and In The Thick and the stories that stood out to him this year.  Varela is now president of Futuro Media as Maria Hinojosa now leads her unit Futuro Unidad Hinojosa and its investigative unit Futuro Investigates.

Tell us about being named President of Futuro Media this year.

It’s a really great honor to carry the baton that Maria Hinojosa passed on. It’s the best job at Futuro because I get to celebrate everyone’s work. It’s pretty easy to be our company cheerleader. The work that we do makes my job incredibly gratifying and joyous. I wake up every morning and I’m like, ‘This is the best job in the world.’

The industry knows it, too. We’re seen as an innovator. We’re seen as a pioneer, as tastemakers, as a curator of award-winning journalism: people pay attention to us. Even though we’re small, we’re incredibly impactful. And yeah, couldn’t ask for anything more.

I’m really proud of the four political roundtables that we did at In The Thick that then became Latino USA conversations. All that culminated in what I think was, perhaps, the most brilliant episode we’ve ever done in a political arena—the midterm coverage that Fernanda Santos, our editorial director, spearheaded. It aligned our Latino Rebels polling with Latino USA, In The Thick and we had listener voicemails and it all came together and it was genius.

Tell us about Latino Rebels in the past year and what you’re proud of.

I’m proud of the fact that Latino Rebels has stayed relevant and continues to evolve. When I founded Latino Rebels in 2011, there really wasn’t a plan for Rebels. You adapt and you move to what the community wants. You evolve with what the contributors put into Rebels.

The people that come in and out make the best out of it. We are always part of the conversation, whether you agree or disagree with how we cover things. It really doesn’t matter because we are just a product of what the community is asking us to cover.

What episode stands out for you from Latino Rebels Radio this year?

The best one that really stands out with me was when our producer, Oscar Fernandez, really advocated for a local show about Adams Morgan and about a young man, Miguel Gonzáles, who died because he was cold. He died in the plaza in Adams Morgan because he had no home. He grew up in Adams Morgan but lost his home after his mother died and he faced a six figure bill from their reverse mortgage that he could not pay.

It was one of those hyper-local stories, very D.C. because, you know, Oscar’s from the district. He grew up in that neighborhood. He’s part of the Salvadoran community. I really love the interview we had with the activist Vikram Surya Chiruvolu who was trying to help stop gentrification in D.C. because even though it was a very hyper-local story, it was very universal.

What is your favorite “Futuro Difference”?

Oh, it’s the people, when it comes down to it. The people are a treasure. They are what makes Futuro so unique. It’s the most compassionate media company I’ve ever been a part of—incredibly human.

In this very competitive media landscape, we treat journalists with a different type of approach. Your voice matters, your bylines matter, and your podcasts matter. And I have an incredible job amplifying and elevating all our fabulous people in this company and that’s the Futuro difference.