Luis Luna joins Futuro Media Group after working in the Theatrical Department at film distributor GKIDS. He has also worked on the programming teams at various film festivals, including Hamptons International Film Festival, Brooklyn Film Festival, and others. He received a dual B.A. in Film Studies and English from Hunter College. Born and raised in Jackson Heights, his favorite things include queer cinema, world travel, dancing to Rihanna, and a good cemita. 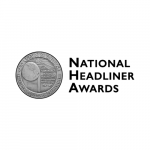