A project of Futuro Media, the Community Podcast Lab was piloted in Boston in the fall of 2018. Partnering with local arts and community groups and WBUR, the local public radio station, with support from the Heising-Simons Foundation and the Rockefeller Brothers Fund, Futuro created a three-month course focused on elevating the stories and skills of people of color from Boston. The Lab was hosted out of the PRX Podcast Garage and trained six people of color on how to create a powerful voice through podcasting.

Now partnering with Free Center and Kamora’s Cultural Corner, Futuro Media is excited to bring this program to Hartford to help capture the untold stories from the neighborhoods of the city.

Futuro’s Community Podcast Lab stands apart from other incubators in the depth of tutorials, information and skills acquired, duration of the course, the engagement of dedicated personnel and community organizations, and its competitive attendance-based stipend for participants to ensure our course is accessible to all. We will select people with little to no prior experience in media from the diverse and underrepresented neighborhoods of the Hartford area. We provide participants with the access, skills, and tools necessary to produce and broadcast their own stories and to contribute meaningful pieces of history and culture from the perspective of people of color to the rich narrative of Hartford life.

The City of Hartford, the capital of Connecticut, represents a state that is perceived by many as predominantly rich and white. Indeed, the overall population in Connecticut is almost 68% non-Hispanic White.

Connecticut also has some of the worst income inequality in the country (ranked third nationwide by a study in 2015 by the IRS). About 56% of the population in the city is considered low-income, with 30% living below the poverty line. This provides a stark contrast to neighboring towns and the towns in Fairfield County, one of the richest counties in the country, which has a poverty rate of just 8% (in 2018), and was home to nine of the ten towns in the state with the highest income in 2017.

Gleaned from the reality of the statistics and based heavily in racism and classism, a negative narrative about the city of Hartford still permeates through many places in Connecticut. Yet Hartford has long been a vibrant city, with its neighborhoods brimming with diverse communities of people connected through their individual and collective cultures. Hartford residents are dedicated to this place they call home and they have complex and inspiring stories to tell. Futuro Media is committed to bringing the Hartford Community Podcast Lab to Connecticut to help capture and broadcast the city’s underserved narratives, and to hear what makes this city tick.

Outtakes From the Lab 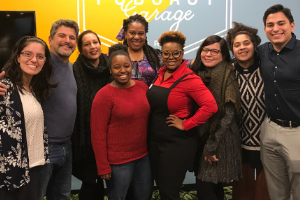 Listen to podcasts from past participants: 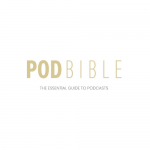 In The Thick in POD BIBLE MAG 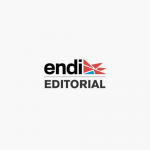