Futuro Studios is the new creative division of Futuro Media. The team at Futuro Studios is led by Peabody Award-winning journalist Marlon Bishop on the editorial end and Julio Ricardo Varela on the business end.

So far, Futuro Studios projects include the following:

The U.S is the only country in the world that allows minors to be sentenced to life in prison without the possibility of parole. Approximately 2,500 juveniles have been effectively sentenced to die in prison—considered “irredeemable” by the state for crimes committed when they were just teenagers. One of them was David Luis “Suave” Gonzalez, who entered prison at 17 expecting to leave in a coffin. Suave tells the story of what happens when your whole world is a prison cell, and you suddenly get a second chance at life. It’s the story of one man’s incarceration and redemption and an unusual relationship between a journalist and a source.

Ídolo: The Ballad of Chalino Sánchez

Sonoro and Futuro Studios “Ídolo: The Ballad of Chalino Sánchez,” an 8-episode podcast that examines the extraordinary life of the Mexican singer-songwriter and attempts to unravel the mystery of his unsolved murder. Hosted by Erick Galindo in English and Alejandro Mendoza in Spanish.

Imagine if Frank Sinatra went on stage every night with a gun in his waistband. Or if Tupac got into a shootout on stage at a rodeo. Well, Chalino Sánchez did just that. In this podcast, we examine the extraordinary life of the “King of Corridos,” and attempt to unravel the mystery of his death. Chalino’s story, his own narcocorrido, is the ultimate ride through the drug cartel world, the underbelly of the Mexican-American music industry, and a murder mystery for the ages.

WNYC Studios and Futuro Studios present “La Brega: Stories of the Puerto Rican Experience”: a seven-part podcast series that uses narrative storytelling and investigative journalism to reflect and reveal how la brega has defined so many aspects of life in Puerto Rico. Available in English and Spanish.

Maria Garcia was 9 years old and living on the U.S.-Mexico border when Selena was murdered. Twenty-five years later, Maria is on a quest to understand what it means to love, mourn and remember Selena. In this intimate journey, Maria explores what Selena’s legacy shows us about belonging in America. From WBUR and Futuro Studios.

Hosted by Antonia Cereijido, the podcast uses eyewitness testimony and never before heard police tapes, taking listeners on a wild ride and serving as a cautionary tale in the context of America being immersed in the middle of an economic crisis, revamped end of the world paranoia and a complex conversation about policing. A podcast in collaboration with LAist Studios.

Drawn out from the fictional world of the series Gentefied and brought into the Netflix universe, Brown Love is a weekly show that celebrates the multi-faceted US Latinx experience. Each week, host Dascha Polanco talks to Latinxs in Hollywood who are making space for Latinx communities to see themselves, and gets real on topics like machismo, Afro-Latinidad, self-care, comedy, and the first-generation experience.

In 1994 an anti-immigrant ballot initiative rocked the state of California. It turned the state into the progressive beacon it is today, but also paved the way for Donald Trump to be elected president. The Battle of 187 is hosted by award-winning reporter Gustavo Arellano and is a collaboration between the Los Angeles Times and Futuro Studios. This is California features thought-provoking, sound-rich stories about California and the West.

Racism, toxic inequality, persistent poverty, climate change: these are big serious problems, and if you believe they require big audacious solutions, then this is the podcast for you. Hosted by Angela Glover Blackwell, Founder-in-Residence at PolicyLink, Radical Imagination focuses on radical solutions to our society’s most pressing problems. It features conversations with thinkers and changemakers from multiple fields working to deliver equity wins at scale.Tune in to Radical Imagination, for stories and solutions that are fueling change.

With anti-trans violence and political backlash at all-time highs, award-winning journalist Imara Jones hosts the TransLash podcast, where trans people and allies talk back about what matters most and discuss how to create a fairer world for all.

To connect with the team at Futuro Studios, feel free to email Marlon here and Julio here. 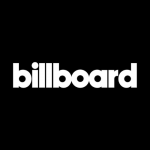 Chalino Sanchez’s Legacy Continues to Be Celebrated, 30 Years After His Death: ‘Ídolo’ Featured on Billboard

Explore Our Other Media Properties