“Maria Garcia joining Futuro is an absolute dream come true,” said Maria Hinojosa, President and Founder of Futuro Media. “She is precisely the kind of journalist and visionary we want on our team so that we can give her deep roots and even bigger wings.”

“In Anything for Selena, Maria Garcia proved she’s one of the most original and talented voices in the medium,” said Marlon Bishop, VP of Podcasts at Futuro Studios. “Bringing in Maria is a major moment for our studio that will push us even farther into creating the groundbreaking podcasts of the future.”

Garcia brings over 15 years of journalism experience, most recently serving as WBUR’s Managing Editor, and is the creator and host of Anything for Selena, the critically acclaimed podcast by Futuro Studios and WBUR that examines the life and legacy of Selena Quintanilla. As Executive Editor for Futuro Studios, Garcia will be responsible for conceptualizing and overseeing new podcast and television projects. Working closely with Marlon Bishop, VP of Podcasts at Futuro Studios, she will focus on helping to steer the editorial and creative vision for the department.

“Futuro is rigorous in its journalism, collaborative in its spirit, and creative in its storytelling. I know that we are going to create beautiful, impactful, form-breaking work together. I’m grateful to be joining a studio that I believe is changing the podcasting world,” Garcia said.

Garcia’s addition to Futuro Studios builds on the impressive growth and momentum it continues to have this year, following national recognition in The Atlantic’s “50 Best Podcasts of 2021.”

Four of the division’s podcasts were featured on the list, including Garcia’s Anything for Selena, as well as Suave, La Brega, and Loud:The History of Reggaeton. Anything for Selena has also been recognized by several outlets —including Apple Podcasts, Vulture and CNN— as one of the best podcasts of 2021. Other Futuro podcasts made it to the 2021 best-of lists of outlets like The New Yorker, the New York Times, Vulture, Esquire, Vogue, along with an IDA Documentary Award nomination for Suave and a Third Coast Award Director’s Choice nomination for La Brega.

Prior to joining Futuro Studios, Garcia served as WBUR’s managing editor, where she oversaw strategy for the station’s investigative, arts/culture, environmental, and education teams. Garcia has also been an arts editor and reporter, covering overlooked corners of creativity. Early in her career, she covered politics and policy along the U.S.-Mexico border in El Paso, Texas, for over a decade before earning her master’s in arts and culture reporting from the Columbia Journalism School.

Futuro Media is an independent, nonprofit organization producing multimedia journalism that explores and gives a critical voice to the diversity of the American experience. Based in Harlem and founded in 2010 by award-winning journalist Maria Hinojosa, Futuro Media is committed to telling stories from points of view often overlooked by mainstream media. Futuro Media produces Peabody Award-winning Latino USA, the longest running national Latino news and cultural public radio program; In The Thick, a politics podcast from the perspective of journalists and issue experts; Latino Rebels, a pioneering digital news outlet founded by Julio Ricardo Varela that reaches millions through its website, radio programming, and podcasts; Futuro Studios focuses on original podcasts and programming; and Futuro Unidad Hinojosa (FUH), a unit within Futuro Media, focuses on investigative journalism and special projects. 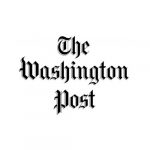 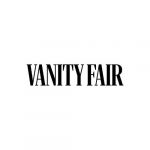